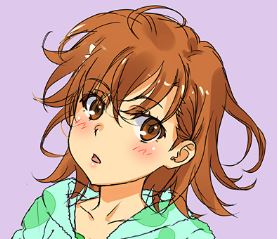 Recently I disclosed some vulnerabilities to Dropbox and PortSwigger via H1 and Microsoft via MSRC pertaining to Application entitlements on MacOS. We’ll be exploring what entitlements are, what exactly you can do with them, and how they can be used to bypass security products.

These are all unpatched as of publish.

On MacOS, an entitlement is a string that grants an Application specific permissions to perform specific tasks that may have an impact on the integrity of the system or user privacy. Entitlements can be viewed with the comand codesign -d --entitlements - $file. 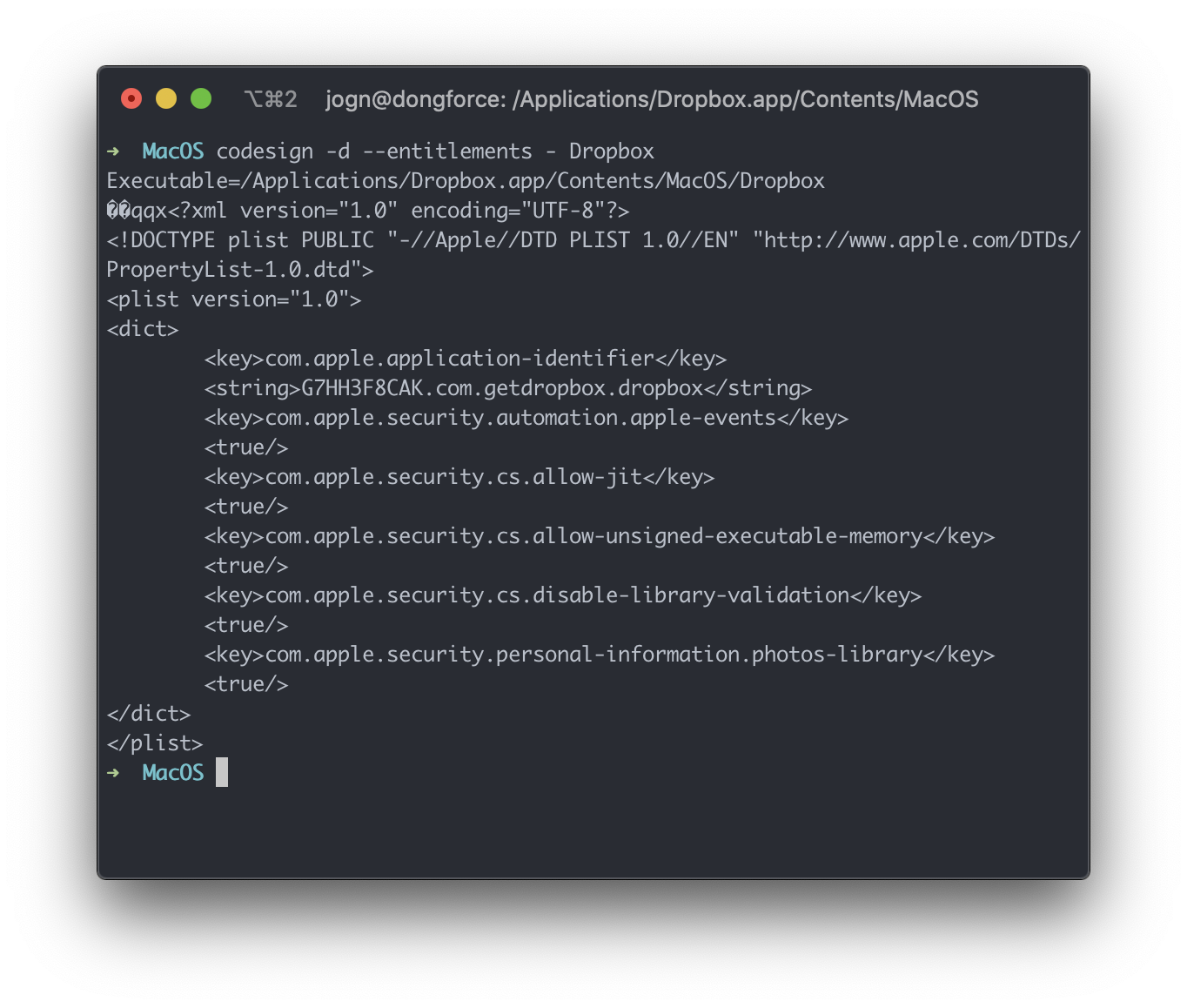 Just as Windows has PE and Linux has ELF, MacOS has its own executable format, Mach-O (short for Mach-Object). Mach-O files are used on all Apple products, ranging from iOS, to tvOS, to MacOS. In fact, all these operating systems share a common heritage stemming from NeXTStep, though that’s beyond the scope of this article.

MacOS has a variety of security protections in place, including Gatekeeper, AMFI (AppleMobileFileIntegrity), SIP (System Integrity Protection, a form of mandatory access control), code signing, etc. Gatekeeper is akin to Windows SmartScreen in that it fingerprints files, checks them against a list on Apple’s servers, and returns the value to determine if the file is safe to run. `

This is vastly simplified.

There are three configurable options, though the third is hidden by default - App Store only, App Store and identified developers, and “anywhere”, the third presumably hidden to minimize accidental compromise. Gatekeeper can also be managed by the command line tool, spctl(8), for more granular control of the system. One can even disable Gatekeeper entirely through spctl --master-disable, though this requires superuser access. It’s to be noted that this does not invalidate rules already in the System Policy database (/var/db/SystemPolicy), but allows anything not in the database, regardless of notarization, etc, to run unimpeded.

Now, back to Dropbox. Dropbox is compiled using the hardened runtime, meaning that without specific entitlements, JIT code cannot be executed, DYLD environment variables are automatically ignored, and unsigned libraries are not loaded (often resulting in a SIGKILL of the binary.) We can see that Dropbox allows unsigned executable memory, allowing shellcode injection, and has library validation disabled - meaning that any library can be inserted into the process. But how?

Using LIEF, we can easily add a new LoadCommand to Dropbox. In the following picture, you can see my tool, Coronzon, which is based off of yololib, doing the same.

Using code similar to the following, one can execute code within the context of the Dropbox process (albeit via voiding the code signature - you’re best off stripping the code signature, or it won’t run from /Applications/). You’ll either have to strip the code signature or ad-hoc sign it to get it to run from /Applications/, though the application will lose any entitlements and TCC rights previously granted. You’ll have to use a technique known as dylib proxying - which is to say, replacing a library that is part of the application bundle with one of the same name that re-exports the library it’s replacing. (Using the link-time flags `-Xlinker -reexport_library $(PATH_TO_LIBRARY)).

This is a simple example, but combined with something like frida-gum the impact becomes much more severe - allowing application introspection and runtime modification without the user’s knowledge. This makes for a great, persistent usermode implant, as Dropbox is added as a LaunchItem.

Microsoft releases a cut-down version of their premier IDE for MacOS, mainly for C# development with Xamarin, .NET Core, and Mono. Though ‘cut-down’, it still supports many features of the original, including NuGet, IntelliSense, and more.

It also has some interesting entitlements. 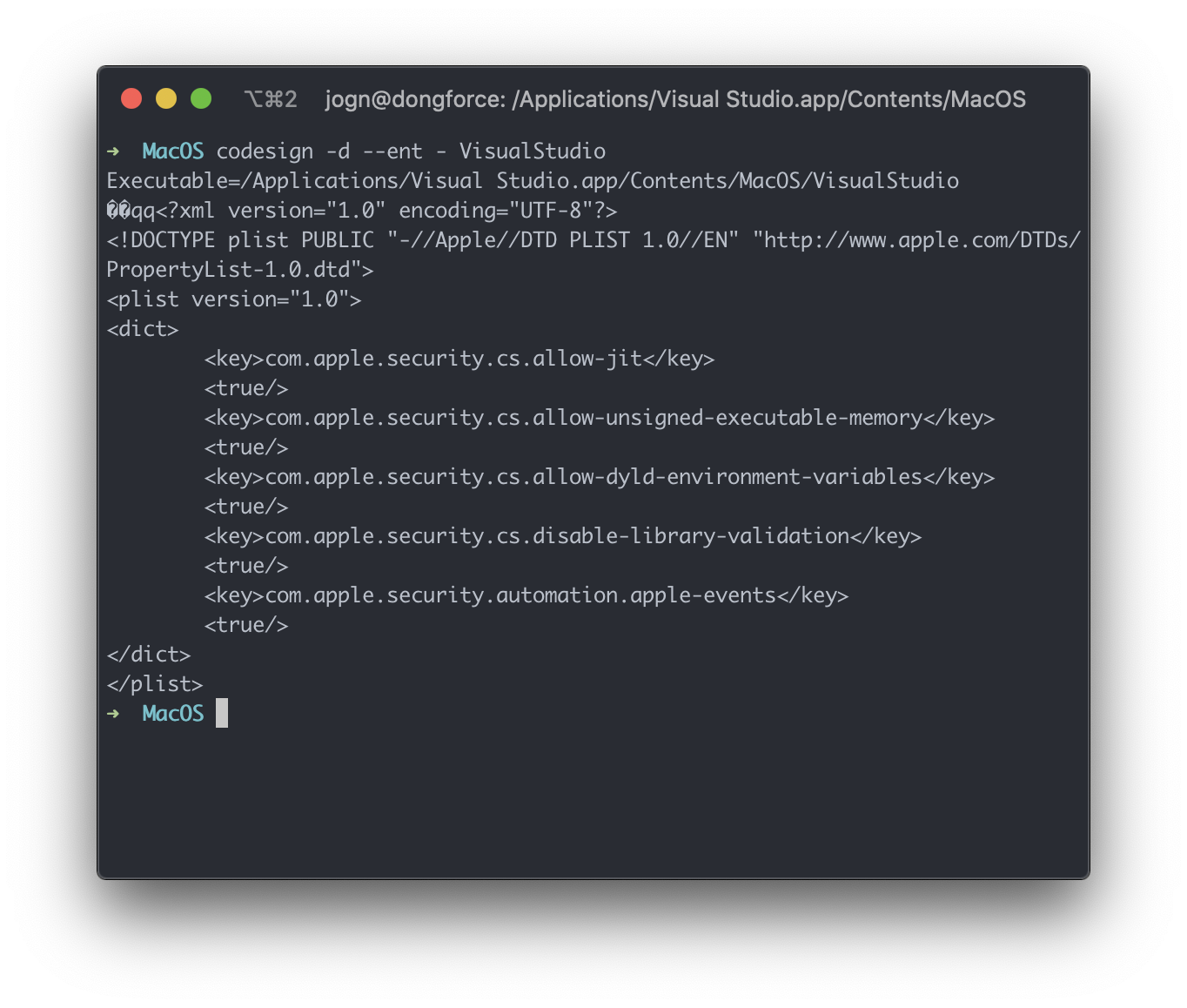 Of course, MacOS users are treated as second class citizens in Microsoft’s ecosystem and Microsoft could not give a damn about the impact this has on the end user - which is similar in impact to the above, albeit more severe. We can see that basically every single feature of the hardened runtime is disabled - enabling the simplest of code injection methods, via the DYLD_INSERT_LIBRARIES environment variable. The following video is a proof of concept of just how easily code can be executed within the context of Visual Studio.

Keep in mind: code executing in this context will inherit the entitlements and TCC values of the parent. It’s not hard to imagine a scenario in which IP (intellectual property) theft could result from Microsoft’s attempts at ‘hardening’ Visual Studio for Mac. As with Dropbox, all the security implications are the same, yet it’s about 30x easier to pull off as DYLD environment variables are allowed.

I’m sure most reading this article are familiar with Burp Suite. If not - it’s a web exploitation Swiss army knife that aids in recon, pre, and post-exploitation. So why don’t we exploit it?

This time, we’ll be exploiting the Burp Suite installer. As you’ll probably guess by now, it has some… interesting entitlements. 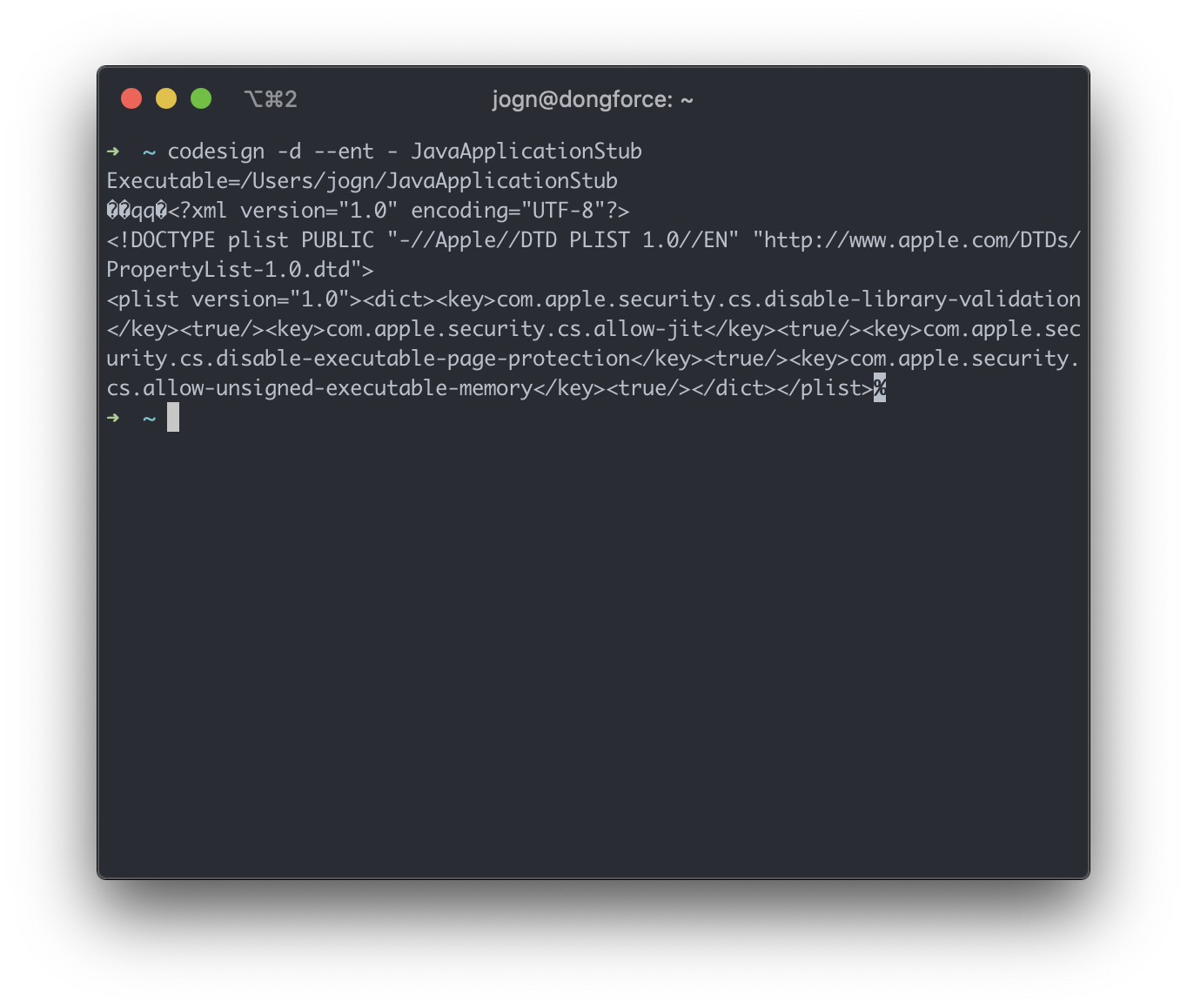 Aside from the output lacking newlines, exploitation in this case is different. There are no shell scripts in the install (nor is the entitlement for allowing DYLD environment variables present), and if we’re going to create a malicious installer, we need to use what’s already packaged. So, we’ll tamper with the included JRE (jre.tar.gz) that’s included with the installer.

There’s actually two approaches to this - replacing a dylib outright or dylib hijacking. Dylib hijacking is similar to it’s partner, DLL hijacking, on Windows, in that it abuses the executable searching for a library that may or may not be there, usually specified by @rpath or sometimes a ‘weakref’. A weakref is a library that doesn’t need to be loaded, but can be loaded. For more information on dylib hijacking, I reccomend this excellent presentation by Patrick Wardle of Objective-See. For brevity, however, we’ll just be replacing a .dylib in the JRE.

The way the installer executes is that it extracts the JRE to a temporary location during install, which is used for the rest of the install. This temporary location is randomized and actually adds a layer of obfuscation to our attack, as no two executions will have the JRE extracted into the same place. Once the JRE is extraced, it’s loaded and attempts to install Burp Suite. This allows us to execute unsigned code under the guise and context of Burp Suite, running code in the background unbenknownst to the user. Thankfully Burp Suite doesn’t (currently) require elevated privileges to install on macOS. Nonetheless, this is an issue due to the ease of forging a malicious installer and the fact that Gatekeeper is none the wiser.

A proof of concept can be viewed below.

Entitlements are both a valuable component of MacOS’ security model, but can also be a double edged sword. You’ve seen how trivivally Gatekeeper and existing OS protections can be bypassed by leveraging a weak application as a trampoline - the one with the most impact in this case I argue to be Dropbox, due to inheritance of Dropbox’s TCC permissions and being a LaunchItem, thus gaining persistence. Thus, entitlements provide a valuable addition to the attack surface of MacOS for any red-teamer or bug-bounty hunter. Your mileage may vary, however - Dropbox and Microsoft didn’t seem to care much. (PortSwigger, on the other hand, admitted that due to the design of Burp Suite and inherent language intrinsics it’s extremely hard to prevent such an attack - and I don’t fault them).